We have established ourselves as a modern appraisal company of the highest integrity.
Our services are often called upon by Customs, Police and the Legal Profession.

We have many trade as well as private clients

The two directors at Advanced Jewellery Laboratory are both fully qualified Graduate Gemmologists from Gemological Institute of America each with a minimum of ten years appraisal experience.

We are passionate about jewellery and appraising. It is our constant goal to improve our service to our clients and are at the forefront in informing the public about the traps the lay person can fall into when buying jewellery and gemstones overseas and over the net.

Every piece a client submits is treated with the utmost professionalism and care. It is returned to it owner, with the appropriate requested report, in the same condition that AGL received it. 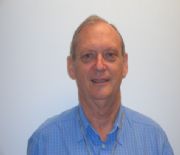 Bill Palmer, began as an apprentice watchmaker in the century old family business in Whangarei before taking it over and running it for 25 years. A change in lifestyle meant moving to Auckland where he joined Auckland Gem testing Laboratories and then he became an Appraiser. Bill has always been a keen scuba diver and has many stories to tell of adventures with Kelly Tarlton and the visits to Poor Knights. He discovered several new creatures and has several underwater species named after him. But his real passion is gemmology and it is said he is the most knowledgeable gemmologist in New Zealand.

Ron Park was a manufacturing jeweller for many years and had a jewellers shop in Orewa. In 1991 he achieved his Graduate Gemmologist diploma & began practising jewellery appraising. In those days there was nowhere to learn appraising, apart from learning by experience. It became apparent that joining forces with other Appraisers would be beneficial so he joined the team at Gem Testing Laboratories in 1998. Bill and Ron soon found there was potential in moving to a better location in central Queen St as the remaining partner decided on another direction leaving the two to continue the Appraisal side and thus became Advanced Gem Laboratory Ltd.

When Bill and Ron joined forces together in 2000 they opened up as Advanced Gem Laboratory (AGL) in Queen St where they slowly built the laboratory up to become one of the best equipped Gemmological Laboratory in Auckland. Now the two AIS Appraisers, are a formidable team who are there to offer a service to clients with a combined jewellery and appraisal experience of over half a century. With their combined backgrounds in retail jewellery, manufacturing and watchmaking, they consider themselves to be the most overall experienced appraisers offering their services to the public.

We can value your jewellery, diamonds, gems or watch!

How much will an appraisal, diamond
grading or watch valuation cost?

Our associations and accrediation